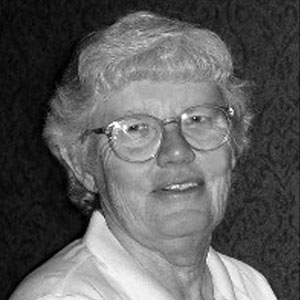 As a member of the Michigan House of Representatives for 18 years (1976 to 1994), Mary Brown exercised her considerable legislative skills to secure significant gains for women: from the creation of the school-age parents’ program and passage of the Married Women’s Property Act, to the prohibition of probation in rape cases and the development of testimony guidelines for child victims of criminal sexual conduct. During her tenure, she served as chair of the House Democratic Caucus (1983 to 1994) and as chair of the House Constitutional Revision and Women’s Rights, Senior Citizens and Retirement, and Insurance Committees.

As chair of the Constitutional Revision and Women’s Rights Committee, Brown became the first legislator to hold hearings on key women’s issues such as pay equity and domestic violence. In the mid-1980s, Governor James Blanchard appointed her to the Michigan Civil Service Commission’s Comparable Worth Task Force, where she helped recommend a program to eliminate sex-based wage disparities for the state classified service.

Brown was also co-chair of the Michigan Women’s Assembly, a coalition of major women’s organizations in Michigan that developed a common women’s agenda and made recommendations for public and private sector action on the economy, health care, families, education, international relations, and criminal law.

Upon retiring from the legislature, Brown became involved with the Girl Scouts of Glowing Embers Council in Kalamazoo, mentoring hundreds of girls as well as their mothers, grandmothers, aunts, friends, and others through the scouting experience. Brown’s consistent commitment to mentoring demonstrates her dedication to helping build strong female leaders.