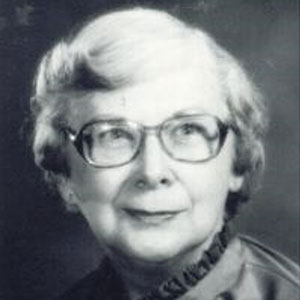 In 1980 Marjorie Swank Matthews became the first woman in the more than 200-year history of the Methodist Church to be elected bishop. She served the 131,000 United Methodists in Wisconsin until her retirement in 1984. She had previously paved the way for women in high church office by her designation as Superintendent of the West Michigan Conference, United Methodist Church.

As a pastor and preacher, Bishop Matthews found that most opposition to female clergy came from other clergy rather than from her congregations. Largely because of her example, Michigan is distinguished by having been served women District Superintendents and bishops. Bishop Matthews died on June 30,1986, following her formal nomination to the Michigan Women’s Hall of Fame. In addition to her pioneering achievements in religious leadership, she is remembered by her many friends as an able scholar, good preacher, and fine administrator.