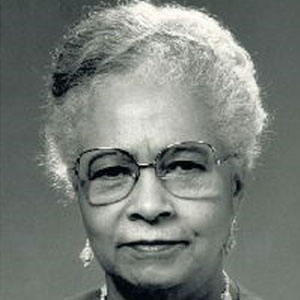 Marjorie Peebles-Meyers, M.D., was the first African-American woman to graduate from the Medical School of Wayne State University, the first to be accepted as an intern at Detroit Receiving Hospital, and the first to become Chief Resident of a major Detroit hospital.

Born in Harlem in 1915, Marjorie Peebles attended Hunter High School, a prestigious all-girls public school for the academically gifted, and graduated from Hunter College in 1937 with a degree in physics and chemistry.

When she applied to the medical school at Columbia University, she was told to “come back in three years.” Undaunted, she entered medical school at Howard University in Washington, D.C. She then married Frederick Meyers, an Episcopal priest and childhood friend, and moved with him to Detroit where she transferred to Wayne State’s medical school. After interning at Detroit Receiving, she joined Dr. Eugene Shafarman in Detroit’s first inter-racial medical practice. Barred from full privileges at private hospitals, Peebles-Meyers at first relied on her partner and other white doctors to admit her patients. Later in her career she noticed the changes, commenting that it was ‘gratifying to watch . . . Now, if all the black doctors, nurses and support staff walked out, almost every hospital in the area would shut down.’

After her retirement from private practice, she was named Chief Physician of Ford Motor Company, a position she occupied until 1985. She was named a “distinguished warrior” by the Detroit Urban League and as one of America’s 100 “unsung heroes” by Newsweek magazine.