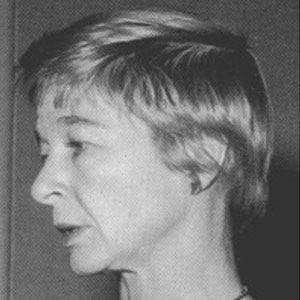 Jane Briggs Hart almost defies description. Though married to a U.S. senator, she sidestepped the role of the stereotypical political wife and exercised her influence in the local Democratic Party. As the proud mother of eight, she nonetheless publicly disagreed with her church’s positions on birth control and women in the church.

Ever a champion for women, Briggs Hart participated in the founding of the National Organization for Women in 1966. Committed to peace and civil rights, she actively opposed the Vietnam War even risking arrest while attending a Mass for Peace at the Pentagon.

Throughout her life, Briggs Hart has continually stretched herself. She loves the water and has sailed the Port Huron to Mackinac yacht race 15 times as part of an all- women crew. She was also an aviation pioneer; the first woman in Michigan licensed to be a helicopter pilot. She used that skill to fly her husband in his campaign trips around the state. It was also one of the factors that gained her entry, at age 40, into the Mercury 13 project, designed to test the physical capabilities of women for space travel. When NASA scrubbed the project, Briggs Hart and fellow pilot Jerrie Cobb took their fight to Washington, D.C., appearing before a congressional subcommittee to urge the inclusion of women in the space program and paving the way for astronauts such as Sally Ride and Mae Jemison.

It is not surprising that Philip Hart once said of his wife: “Color her vivid. There’s nothing pastel about Janey.”