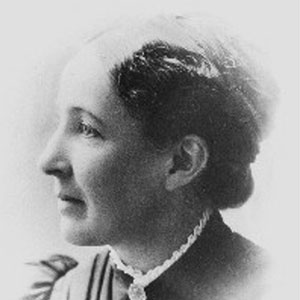 Valued among her peers nationally and internationally for her botanical research, Emma Cole left a legacy of scientific research that remains important to researchers and students today.

After studying at Cornell University, she returned to Michigan to become a teacher at Grand Rapids Central High School in 1881, then the home of the Kent Scientific Institute, precursor to the modern Public Museum of Grand Rapids. She was also hired by the institute to complete the mounting and arranging of plant specimens ‘almost certainly the first woman to be paid for such work’ and was elected its vice president in 1900.

In 1901, Cole published “Grand Rapids Flora: A Catalogue of the Flowering Plants and Ferns Growing Without Cultivation in the Vicinity of Grand Rapids, Michigan,” which remains the only comprehensive study of the area’s flora ever conducted.

Cole corresponded with botanists around the world, trading information and specimens to create an extensive herbarium. (She bequeathed this herbarium to the Kent Scientific Institute’s museum, where it was recorded as containing more than 4,000 specimens.) She also traveled to Europe, Central America, and all over the U.S. to pursue her scientific work. A hawthorn species, Crataegus Coleae, was named for her.

When Cole died on a plant-collecting trip to Mexico, Grand Rapids Superintendent of Schools William Greeson opined that, ‘her teaching inspired many of her pupils to devote their life work to the scientific study of botany, and many of them have attained distinction in that field.’