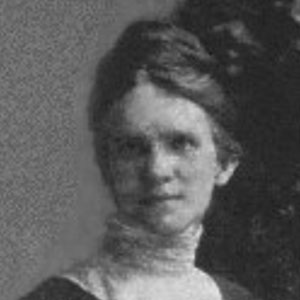 A gifted speaker who lectured on the Chautauqua circuit for many years in the early 20th century, Dr. Carolyn Geisel devoted herself to teaching good health principles to the public. In addition to holding three medical degrees, Geisel was a member of the Health Committee of the national General Federation of Women’s Clubs and was a national lecturer for the Women’s Christian Temperance Union.

A native of Tekonsha, Michigan, Geisel established a pioneering medical practice in Kansas but returned to her home state after becoming ill. While undergoing treatment at the Battle Creek Sanitarium, she decided to give up her practice and spend her life helping the “great suffering world.”

She traveled thousands of miles under the auspices of the sanitarium and its leader, Dr. John Harvey Kellogg, visiting all the English-speaking countries, Russia, and New Zealand. Often giving more than 400 speeches in a season relating to social, moral, physical, and mental hygiene, Geisel was a contemporary of Francis E. Willard and Anna Howard Shaw.

Also giving her time to slum and rescue work, Geisel established 16 rescue homes for girls and created chairs of health at many girls’ schools and colleges. Speaking often at the Tuskegee Institute, she raised $45,000 for the school following a speech in Battle Creek.

In a tribute to Geisel, Dr. Kellogg said, “There must be very few women whose voices from the platform have been heard by a larger number of people or who have exerted a wider influence for human betterment.”