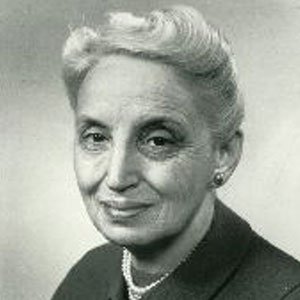 Wilma Donahue, an internationally recognized authority on gerontology, authored or edited twenty-three books, many of them seminal studies of aging. She began her work on aging in 1946 in The University of Michigan’s Institute for Human Adjustment. In 1951, when the Regents established a Division of Gerontology within the Institute, she became its director. The Division cradled the development of the new field of Gerontology and brought it to the attention of the country by means of 20 or more annual national conferences. In 1965, recognizing the important work being done in the state by Dr. Donahue, the Michigan Legislature created the Institute of Gerontology, a joint Institute of The University of Michigan and Wayne State University.

After her retirement from The University of Michigan, Dr. Donahue served as co-technical director of the 1971 White House Conference on Aging and founder of the International Center for Social Gerontology (ICSG) in Washington, D.C.

In 1981 Dr. Donahue returned to Michigan, where she established an office of ICSG and continued to work on those issues to which she devoted her life. One of those rare individuals who can work successfully in academic, research, and public policy areas. Wilma T. Donahue’s vision and vigorous leadership had a profound impact on the emerging field of social gerontology.