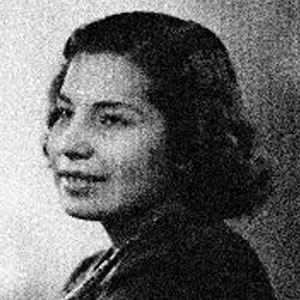 Waunetta McClellan Dominic wholeheartedly endeavored to bring equality and justice to Native Americans in Michigan and throughout the United States.

As co-founder of the Northern Michigan Ottawa Association (NMOA), Dominic fought to secure a fair settlement for lands taken from Michigan’s Native Americans in the early 19th century. Much of this land, which constitutes a large portion of Northern Michigan, was taken for less than one percent of its true value.

In 1948 Dominic, her husband Robert, her father, and two other men founded the NMOA. For years, Ms. Dominic traveled across Michigan to determine the land values during the treaty years of 1821 and 1836. She searched for the descendants of the treaty signatories and urged them to sign affidavits verifying their eligibility for land claims. In 1968, Dominic and her husband initiated successful land claim suits which awarded $12 million to Ottawa and Chippewa descendants. In addition, $900,000 was awarded in 1971 to the descendants of the 1821 treaty signatories. As a member of the Grand River Band of Ottawas, she fought to ensure payment of $1.8 million for land claims on behalf of 2800 non-reservation Ottawa and Pottawatomie tribal members. Dominic served as president of the NMOA from 1976 until her death in 1981.

Through her efforts, Dominic renewed hope for her people. She emphasized the importance of higher education and technical training for Native Americans. As a member of the Crooked Tree Arts Council and the Christian Life Center of Petoskey, Dominic sought to preserve tribal traditions and cultural pride. Her vision, commitment, and ensuing victories serve as an eternal inspiration for those who seek peace between ethnic groups.

“You can call us unrecognized, but don’t call us unorganized, and furthermore, I don’t care if you recognize me or not,” said Dominic, “Recognize my Rights.”