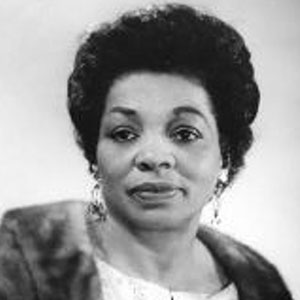 Violet Temple Lewis was a trailblazing educator born in Lima, Ohio, on May 27, 1899. Her goal was to improve the economic status of women by providing training in marketable skills for jobs and decent incomes to support themselves and their families.

At the onset of a nationwide economic depression, she founded the Lewis Business College in Indianapolis, Indiana, in 1929. The Detroit Chamber of Commerce asked her to do the same. Lewis then founded Detroit’s Lewis Business College and steered it from a nine-month stenographic course to an accredited junior college. The Detroit facility is the U.S. Department of Education’s only designated historical Black college in Michigan. Her school gave countless numbers of women the opportunity for development and growth and a chance for a better life. An active civic leader, in 1953 Lewis established the March of Dimes Extravaganza Committee, which has since raised over $800,000 for the March of Dimes Foundation.

A co-founder of Gamma Phi Delta, a professional and businesswomen’s sorority with 87 chapters nationwide, Lewis was honored by many organizations during her life and received an honorary doctorate from her alma mater, Wilberforce University in Wilberforce, Ohio. As an educator and business and community leader, her initiative and accomplishments paved the way for greater opportunity for all women and minorities. She died on March 22, 1968 in Detroit.