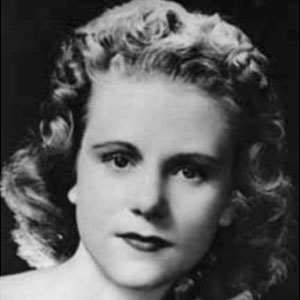 Born in 1925 in Pennsylvania and raised in the Jim Crow South, Viola Fauver Gregg Liuzzo felt compelled to join the struggle for civil rights. The Detroit resident had joined the local chapter of the National Association for the Advancement of Colored People by 1943.

Viola’s children remember her always standing up for what she believed to be fair and just. As a pre-nursing student at Wayne State University, Viola marched in the 1964 Civil Rights March in Detroit, after which Dr. Martin Luther King Jr. perfected his ‘I Have a Dream’ speech at Cobo Hall. His call to action, couple with the news of ‘Bloody Sunday’ in Selma, Ala., inspired Viola to travel to Selma.

Here she volunteered for the Southern Christian Leadership Conference. On March 25, 1965, Viola marched from Selma to Montgomery with 25,000 others led by Dr. King. That night, while driving her car with Leroy Moton, a young African American civil rights activist, Viola was gunned down by four members of the Ku Klux Klan. Viola tried to outrun the men, singing, ‘We Shall Overcome,’ but it was reported that the Klansmen pulled alongside her car and fired the fatal bullets. Viola died instantly. Her passenger, Leroy Moton, was unharmed.

President Lyndon Johnson, in a call to Viola’s husband, Anthony, declared, ‘I don’t think she died in vain because this is going to be a battle, all out as far as I’m concerned.’ Even though Viola’s death brought a number of attempts to discredit her, many historians consider Viola’s murder an impetus for the passage of the Nationwide Voting Rights Act of 1965. Previously the act had stalled in Congress.

Viola’s life is recounted in the award-winning 2003 documentary ‘Home of the Brave’ and the books ‘From Selma to Sorrow’ and ‘Murder on the Highway: The Viola Liuzzo Story.’ Remembered for making the ultimate sacrifice, Viola was also a hero in life who believed in and fought for what is fair and just.