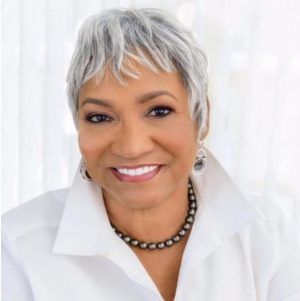 Vernice Davis Anthony is a nationally known expert and leader in community health and health disparities. She holds a bachelor’s degree in nursing from Wayne State University and a master’s degree from the University of Michigan’s School of Public Health. Vernice served as the City of Detroit Public Health Department Director under two mayors and repositioned the DHD to assume providing all public health services for the City of Detroit. As Director of the Michigan Department of Public Health, she provided leadership for infant mortality programs resulting in reducing infant mortality rate in Michigan. Vernice served as CEO of the Greater Detroit Area Health Council where she created the Southeast Michigan Perinatal Quality Improvement Coalition in partnership with the Michigan Department of Health and Human Services. She also served as interim CEO of Focus Hope where she lead the creation of the strategic plan and restructuring to reduce cost and reinvigorate the mission. Vernice has held several board seats, including Wayne State University, Western Michigan University Board Chair and Chair of the Detroit Wayne County Airport Authority. In spite of having retired from several important positions and being a two-time survivor of breast cancer, Vernice tirelessly continues to serve her passions of improving maternal child health and reducing health care disparities.