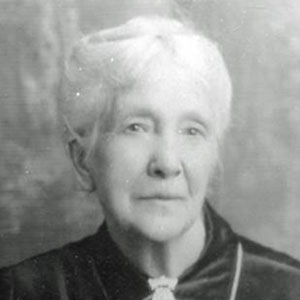 Lipczynski emigrated from Prussian occupied Poland in 1869 when fewer than a dozen Polish families lived in Grand Rapids. As local correspondent to several national Polish newspapers, she recruited families for the fast-growing Polish community. She then oversaw their welfare by finding jobs, caring for the poor, acting as nurse/midwife, and by teaching English, American history, and good citizenship. Lipczynski encouraged Polish immigrants to seek political office and helped establish the Polish Democratic Club. Her hard work earned her the title “Queen of the Poles.”

Related to these specific efforts, Lipczynski helped found religious institutions such as St. Adalbert, St. Isidore, and Sacred Heart parishes and cultural organizations such as the Wiarus Society to maintain Polish customs and traditions and the Lutnia-Halka Men’s & Women’s Choir. After joining the Polish National Alliance (PNA), largest Polish fraternal organization in the U.S., Lipczynski founded the Society of Polish Ladies. In 1899 it became the first women’s organization admitted to the PNA. By 1901 Lipczynski had become the first and only woman delegate to a PNA national convention and by 1905, she was the first woman elected to its board of directors. Soon thereafter, she was designated commissioner-at-large for the entire United States.

During World War I Lipczynski’s home became a center for Polish relief work. There, she collected gifts of clothing and supplies and organized entertainments to raise money for the Polish cause. She saw a free and independent Poland return to the map of Europe in 1918. Lipczynski was awarded the General Haller Swords medal for raising money and recruiting volunteer soldiers for the Polish Army, which fought with the allied forces during the war. In 1925 the Polish government bestowed the Golden Cross of Merit on Lipczynski for her earlier efforts for immigrants, her work for the PNA, and her patriotic services during World War I.