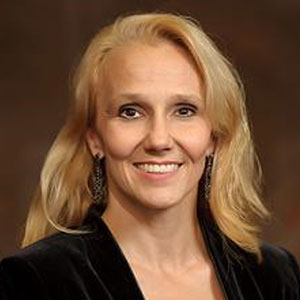 Called “the grand dame of women’s wrestling,” Tricia Saunders was the first U.S. woman to win a world wrestling title and the only American to win more than two, she holds four. She won an unparalleled 11 U.S. National Women’s Freestyle Championships and triumphed at 11 World Team Trials. She was selected as the USA Wrestling Women’s Wrestler of the Year twice and the U.S. Olympic Committee Women’s Wrestler of the Year three times. When she retired from her competitive career in 2001, she had never lost a single match to a U.S. competitor.

Born in Ann Arbor, Saunders grew up in a wrestling family. She entered her first tournament at age nine. Competing only against boys, she won seven of nine matches. In 1976, Saunders was the first female to win a Michigan state title, and the first female regional national champion. After being forced out of her chosen sport and being prohibited from competing with boys at the age of 12, Saunders took up gymnastics, a sport at which she excelled. Saunders returned to wrestling ten-years later after Title IX passed and attitudes towards women in traditionally male sports had changed. Over the next 13-years she became the most decorated female wrestler in America.

She continues to serve as a role model through a successful coaching career that includes working with a nationally recognized wrestling club, serving as head coach of the U.S. women’s team that swept all four gold medals in the 2003 Pan American Games, the first to include women’s wresting, and being a member of the U.S. Women’s World Team coaching staff in 2001, 2002, and 2003. In 2004, Saunders was selected to coach in the first-ever Olympic Games to include women’s wrestling.