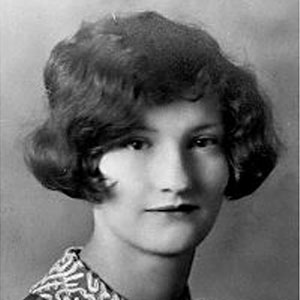 Sylvia Stoesser made her mark in the worlds of science and technology in 1929 by becoming Dow Chemical Company’s first female research scientist.

Born Sylvia Goergen on July 18, 1901, in Buffalo, NY, she was the first woman Ph.D. chemist hired by Dow. She earned her degrees at the University of Buffalo in 1923 and the University of Iowa in 1928. She first worked in the sugar lab of the National Bureau of Standards in Washington, D.C., where she was assigned to a project to discover a sweetener that could be digested by persons with diabetes.

In 1929 she married Dr. Wesley C. Stoesser, a fellow chemist hired by Dow. She insisted on having a job also, and was hired sight unseen at the well-known Midland firm.

Her first major success came in a joint effort with Dr. John J. Grebe, the laboratory director, to develop an acid inhibitor for oil well treatment. Five of her patents were keys to the process, which became the basis of the Dowell Division of Dow. Fifty years later this was a worldwide, billion-dollar-a-year business.

Earning 29 patents in 11 years, her work included the basic discoveries that laid the basis for polystyrene to become the most widely used of the plastics, created safer solvents for the dry cleaning industry, and helped increase crude oil production.

Her active career with Dow ended in 1940 with the birth of a daughter, her only child. She served as a consultant to Dow in later years and in 1952 was editor of the definitive work on styrene (Styrene, Its Polymers, Copolymers and Derivatives, R.H. Boundy and R.F. Boyer, 1304 pages). She died in Midland on March 12, 1991.