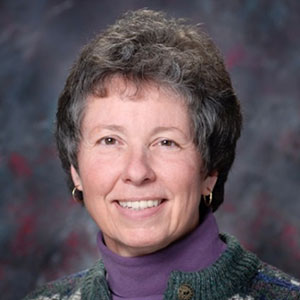 Sue Carter began her trailblazing career as a radio broadcaster at a time when men dominated the field. She was the first woman to join the news staff at both WVIC/Lansing in 1973 and WXYZ-AM/Detroit in 1975. Rising quickly through the ranks, she was the first woman news director at both WAVZ/New Haven in 1977 and WABX/Detroit in 1978. Carter became the public affairs director, then the editorial director in 1985 of WDIV/Detroit, the top seventh television station in the United States. She was a drive-time anchor at WWJ-AM/Detroit after that, and a talk show host at CKLW/Windsor, Ontario.

In 1983, Carter was press secretary for former Governor James Blanchard, a position that influenced her desire to study law. In 1988, Carter received her Juris Doctorate from Wayne State University Law School, and began teaching as an adjunct professor. She later became an assistant professor, associate professor, and finally a full professor at the Michigan State University School of Journalism, teaching law to journalism students. Carter is the winner of three Emmy awards and was inducted into the Michigan Journalism Hall of Fame in 2006, a clearly-deserved honor.

An impressive athlete and member of the National Ski Patrol for over 20 years, in 2001, Carter organized and led an all-woman ski expedition to the North Pole. She is also an ordained priest with a Master of Divinity from the General Theological Seminary of the Episcopal Church of New York and a Doctor of Ministry from Seabury-Western Theological Seminary in Chicago.