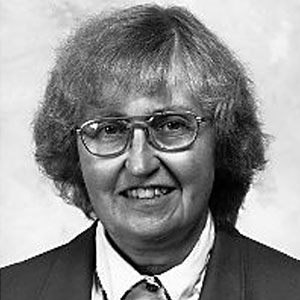 Schwartz earned three academic degrees in chemistry: a B.S. in 1957, a M.S. in 1962, and a Ph.D. in 1970. After conducting postdoctoral research in chemistry, she returned to school and earned a degree in mathematics. While working for BASF Corporation, Schwartz developed an industrial lubricant, consisting primarily of water, which saved considerable amounts of oil and reduced pollution. At General Motors she participated in the creation of automatic oil change indicator systems in production vehicles. These products are considered breakthrough advancements in automotive technology.

Dr. Schwartz has made presentations throughout the world. Her publication record is extensive, as is her record of patents and products. Schwartz has published an impressive list of essays, resulting from her 30 years of work as a freelance writer.

In addition to her scientific contributions, Schwartz worked extensively with youth across Michigan. She encouraged a large number of students, especially those from groups under-represented in her field, to pursue careers in science and mathematics. In l992 Schwartz participated in Girl Scout Career Day in Dearborn and conducted four workshops at the AALTW Exploration in 1994.