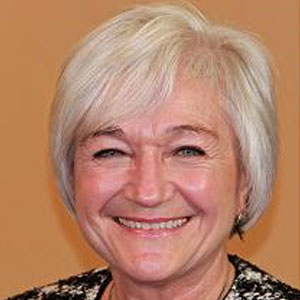 Known as ‘The Saturn Lady’ to Mid-Michigan, Sherrill Freeborough rose through the ranks of the predominately male auto industry to become one of only nine female Saturn dealers in the country. Through her 30 years in the automotive retail business, she has become a role model for women of all ages in the Mid-Michigan community.

Freeborough started in the automotive industry as a young widow with a young child to support. She worked her way up to Executive Manager and purchased two Saturn dealerships in 2003. When GM decided to close the Saturn Corporation in 2009, she stayed optimistic and emerged through auto industry turmoil as the new local Hyundai dealer in Lansing.

Freeborough gives her time and support to the local community by serving on many boards such as the Greater Lansing Business Monthly Advisory Board and the Michigan Chamber of Commerce. She has worked closely with various Girl Scout troops, chapters of the American Business Women’s Association, and the American Red Cross Mid-Michigan Chapter.

A prominent business figure in Michigan, Freeborough has proven herself as a woman of honesty and integrity. Her work attracts national attention with media recognition from CNN host John King and MSNBC program ‘Your Business.’ Freeborough is also a contributor to the Mid-Michigan Business Rap, a local weekly radio program.