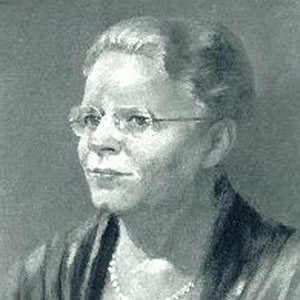 Sarah Van Hoosen Jones received her B.A. degree in Foreign Languages in 1914 from the University of Chicago and her M.S. degree in Animal Husbandry in 1916 from the University of Wisconsin. In 1921 Jones became the first woman in the United States to earn a Doctorate in Animal Genetics, also from the University of Wisconsin. She was the fifth generation of her family to live on their Michigan Centennial Farm located in Avon Township, known today as the City of Rochester Hills. She displayed an unusually strong love for the land and from 1923 to 1952 she utilized her education by managing the Van Hoosen Farm. In 1933 Michigan Farmer named her a “Master Farmer,” the first woman in Michigan to receive this award as well as one of the first women in America to be so honored. In 1942 the Van Hoosen Farm received the Premier Breeder Banner from the National Dairy Congress.

Sarah Van Hoosen Jones served her community as a member of the Stoney Creek School and the Rochester School Boards from 1924 until 1961 and also served as a founding member of the Oakland University Board of Trustees. Jones contributed much to the growth of her community by not only donating her time but also her land. In 1956 she generously donated her 350-acre farm as well as nearly two dozen houses and farm buildings to the enhancement of higher education at Michigan State University.