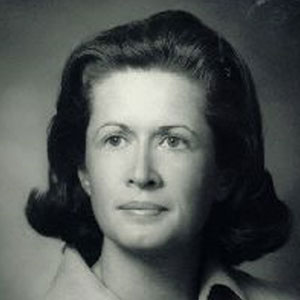 Sarah Goddard Power was widely acclaimed as a major contributor to the advancement of higher education, an advocate for affirmative action and human rights, and a champion of freedom for the international press.

During the Carter Administration, Ms. Power served as Deputy Assistant Secretary in the State Department. She was responsible for United States policy for WHO, ILO, UNESCO, and other specialized United Nations agencies for international women’s programs, human rights, and communications. She chaired the U.S. national commission for UNESCO, and was a delegate to four world-wide United Nations-related conferences. She fought efforts to restrict movement of journalists and the free flow of information across national boundaries. As a committed participant in the United Nations Decade for Women, 1975-1985, she played an important role in drafting the World Plan of Action for the economic, social, and personal status of women worldwide.

As a Regent of the University of Michigan for more than 12 years, Sarah Goddard Power worked tirelessly to advance the position of women and minorities in faculty and administrative roles. She led efforts to secure the University’s status as a world-class research organization through the most ambitious and successful capital campaign ever undertaken by a public university. Upon her death, University of Michigan president Harold Shapiro said: “She gave wise counsel, support, joy and wisdom to students, faculty, staff and her colleagues.”

Through her actions, Sarah Power provided an enduring contribution through her own example and through the inspiration she provided. She was a master of politics and diplomacy at all levels, believing in them as the art of the possible. She enjoyed sharing the access to power which she enjoyed and of facilitating and investing in the dreams of others who came to her for help.