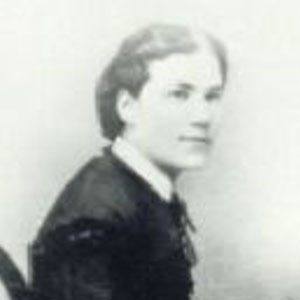 Born in December 1841, in Magaguadavic, New Brunswick, Canada, Edmonds, disguised as a male with the name Franklin Thompson, joined the United States Army, Company F, Second Michigan Volunteer Infantry Regiment, in Detroit on May 25, 1861. She wrote in her diary, “It is true, I am not an American … not obliged to remain here during the terrible strife … But it is not my desire to seek personal ease and comfort while so much sorrow and distress fills the land.”

As Thompson, she bravely served as a spy, field nurse, mail carrier and soldier. Her talent for disguise led to great success in her espionage assignments. Dressed as a female contraband, dry goods clerk or young Confederate boy, she successfully infiltrated Confederate lines 11 times.

When the truth about her identity came out nearly 20 years later, Congress declared Edmonds a combat soldier of the Civil War and granted her a pension. She wrote Nurse and Spy in the Union Army, an autobiography of her war adventures. The book was dedicated to the “sick and wounded soldiers of the Army of the Potomac,” and all the profits from the sale of the book (75,000 copies sold), were donated to the Christian and Sanitary Commissions, a soldier’s aid society. She died in LaPorte, Texas, in 1898 and was buried in the Grand Army of the Republic’s plot in Houston, Texas, with full military honors.