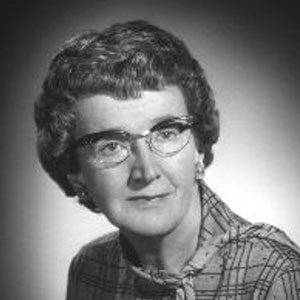 Ruth Carlton has forever changed the field of adoption through her weekly series in The Detroit News, “A Child is Waiting”, which she initiated on August 18, 1968. She is the pioneer of adoption in mass media, especially for hard-to-place children. Over 718 of the children pictured in her Sunday column have been adopted and many hundreds of other adoptions have been directly related to the series. Ruth Carlton’s writing also led to a number of reforms in state adoption procedures; including the revision of the Michigan Department of Social Services adoption policies and manual. She also had a hand in the enactment of state law that provided for adoptions subsidies and adoption placement; making it possible for countless numbers of parents who were previously rejected for financial reasons to adopt children. She has also been field consultant for North American Center on Adoption in New York, working to create adoption agencies for hard to place children across the country. Not only did she spend 26 years at The Detroit News as a feature writer, news editor, and metro editor, but she also continued the Sunday adoption column for 11 years after her retirement from the newspaper in August 1976.

In recognition of her series and overall coverage of adoption, Ruth Carlton has received numerous state, national and other awards. These include: The Certificate of Recognition from the Michigan Association of Children’s Agencies in 1966; Theta Sigma Phi’s (now Women in Communications, Inc.) Local Headliner Award in 1968 and National Headliner Award in 1970. In 1969 she received a special award from the Detroit Chapter of the National Social Workers.

In 1971 the Michigan House of Representatives passed a resolution, “in recognition of her unique contributions and distinguished service in the field of child adoptions.

In 1972 Ruth Carlton was declared to be Michigan Citizen of the Year. She also received the Woman of Achievement Award in 1973 from the National Federation Press Women.