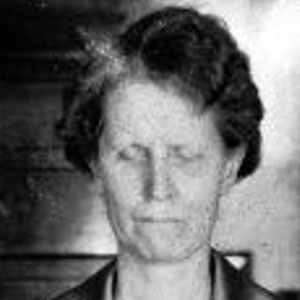 Roberta Griffith devoted her life to improving conditions for persons with vision disabilities and to establishing organizations and programs for the blind that continue to serve West Michigan. Through her personal life and community service, Griffith, who lost her sight as a small child, sought to prove her personal belief that “hard work, intelligence, good teachers and proper facilities are all that a blind or a seeing person requires.”

Born in 1870 in Philadelphia, she was educated in Michigan and Ohio schools for the blind before winning a scholarship to attend Western Reserve University in Cleveland. The first blind person to attend that university, she graduated with honors while working as a writer and music teacher to supplement her scholarship income.

In 1900, Griffith moved to Grand Rapids to be near her elderly mother. In a time when those with vision disabilities were consigned to handicapped status, she continued her independent lifestyle, working as a writer and real estate agent.

It was, however, as a teacher and advocate for those with vision disabilities that Griffith made her most lasting contributions. In 1905, she invited superintendents of schools for the blind from throughout the country to come to Grand Rapids for a first-ever national meeting. Out of this meeting grew the American Association of Workers for the Blind.

Griffith worked to develop a single Braille print system for the United States at a time when there were three competing systems and, always a problem solver, she created her own six-volume Braille dictionary because one did not exist. In 1913, she led the fight for state legislation providing for compulsory use of nitrate of silver as an antiseptic in the eyes of infants, thereby saving the sight of many newborns.

She understood that prevention, education, rehabilitation, employment, and social activities were all important to the well-being of the visually impaired. She initiated programs in each of those areas, ultimately bringing them together in 1913 by founding the Association for the Blind and Sight Conservation in Grand Rapids. Her subsequent work as the association’s executive secretary until her death in 1941 provided a solid foundation upon which others have continued to build.