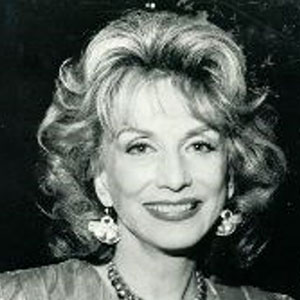 Patricia Hill Burnett, a Miss Michigan and runner-up to Miss America, is both an accomplished artist respected by her peers and a pioneer feminist. Her work appears in galleries in the United States and in London, Paris, and Rome. She has been commissioned to paint such notables as Indira Ghandi, Joyce Carol Oates, Martha Griffiths, Valentina Tarashkova, and Corazon Aquino as well as a 20-painting series of living women of achievement for the Women’s Hall of Fame in Seneca Falls. She was chosen to occupy a studio in the Scarab Club in Detroit, the first woman to be so recognized by that all-male artists’ club. She then served on its board of directors for two terms.

As an individual committed to the advancement of women, Patricia Hill Burnett convened and chaired Michigan’s first National Organization for Women (NOW) chapter. In 1971, she chaired International NOW, convening affiliates from 21 countries. In 1972, she was appointed by Governor William Milliken to the Michigan Women’s Commission where she served four terms, two as its chair. She also chaired the National Association of Commissions for Women, and she is the co-founder of the International Women’s Forum in Michigan. She additionally served as co-convener of the Michigan Republican Women’s Task Force.

Sharing her artistic and feminist expertise, Ms. Burnett frequently functions as an educator by speaking, writing, and teaching. She is a lecturer for the U.S. State Department and also serves on the board of the Detroit International Institute.

Burnett has been recognized and honored by many organizations. Northwood University recognized her as one of the world’s Ten Distinguished Women in 1977. She was presented the Silver Salute Award for outstanding achievement in community leadership by Michigan State University in 1976, and the National Organization for Women chose her as Feminist of the Year in 1974.