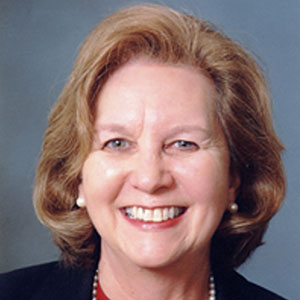 Patricia Cuza has been both a voice for the people she served and a catalyst for change. As the first executive director chosen by the Michigan Women’s Commission, she fashioned this new agency not only into an advocacy group for women, but a legitimate governmental entity as well.

She organized the first statewide conferences where women could both obtain and exchange information on a variety of topics. She developed a rapport with all the state’s major women’s organizations and brought them together to speak in a single, powerful voice. And she taught legislators and other governmental officials that ‘women’s issues’ were actually people’s issues, bringing attention to problems involving credit, employment opportunities, and divorce among others. In one of her most publicized efforts, she organized the state’s first hearings on domestic assault, which brought about a revolutionary revision of the state’s antiquated rape law that became a national model for its sensitivity toward female victims of crime.

Drawn to her work on the subject, the state’s Department of Management and Budget asked her to establish a Crime Victims Compensation Board. She succeeded so well at this that Governor James Blanchard then appointed her director of the state’s Office of Criminal Justice: the first woman to hold this position.

She used the power of that office to push for the passage of a groundbreaking victims’ rights bill and to reverse nearly 20 years of practices that resulted in the inappropriate detention and placement of delinquent youth.