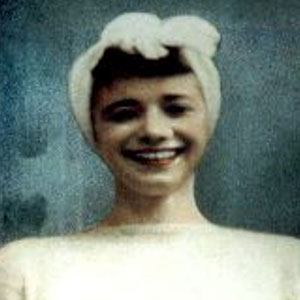 Patricia Beeman’s 1996 obituary in the Lansing State Journal noted that not many people get a chance to change the world. It then described the pivotal role she played in drawing attention to Michigan’s involvement with apartheid in South Africa. Her tireless work as coordinator of the Southern Africa Liberation Committee (SALC) from the 1970s to the 1990s became a prototype of the effectiveness of one woman’s role in a major movement for social justice.

Through her unparalleled tenacity, grass-roots organizing skills, and commitment to human rights, Beeman helped shape a new socio-political and economic policy for Michigan, the U.S., and ultimately, the rest of the world.

From 1977 until Nelson Mandela’s release from prison, Beeman and her husband Frank were key members on the SALC: affiliated with the Lansing Area Peace Education Center and Michigan State University (MSU). Under her leadership, East Lansing, MSU, and the state of Michigan led the country and the world in divesting investments in corporations that did business in apartheid South Africa.

Beeman’s arduous work to end apartheid began in 1978 when she worked with Michigan legislators for passage of several resolutions supporting independence in Zimbabwe and Namibia. Working within the system, Beeman helped to establish the East Lansing Selective Purchasing Act. She then went on to work with MSU officials in their efforts to become the first major university in the U.S. to divest funds from corporations operating in South Africa.

In the 1980s, the Michigan Legislature passed Public Act 325 which prohibited state funds from being deposited in banks making loans to South Africa. Public Act 512, prohibiting state educational institutions from investing in corporations operating in South Africa, was also passed during this period. Beeman simplified the complex political and economic issues so that average people could understand the horrors of apartheid as she took her cause to churches and civil rights, academic, and political forums.

Archival materials about this outstanding woman are available in the Patricia L. Beeman Southern Africa Liberation Committee Collection at the MSU Library, in the Mayibuye Center Collection at Robben Island, and at the Archive of the African National Congress at the University of Fort Hare in South Africa.