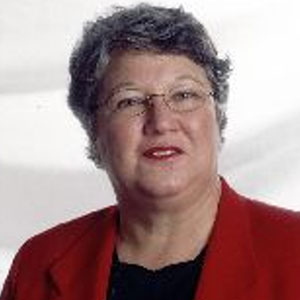 Pam Withrow broke through the male dominated world of corrections to become the first woman warden of a male correctional institution in Michigan. Not only has she paved the way for women coming after her, but she has personally helped and encouraged many of these women make their way in the field.

After receiving a General Degree with a Law Enforcement Emphasis from Lansing Community College in 1973 and a BA from Michigan State University in Social Sciences 1975, Withrow’s career in law and enforcement and corrections took off. She was hired by the Department of Corrections in 1976 and, during her 25-year long career there, she held positions as Prison Counselor, Program Analyst, Camp Supervisor, and Warden’s Administrative Assistant. She served as the Assistant Deputy Warden at the State Prison of Southern Michigan, at that time the world’s largest walled prison. From 1983 until 1986, Withrow was the Warden of the Michigan Dunes Correctional Facility. She then moved to the Michigan Reformatory in Ionia where she served as Warden from 1986 until her 2001 retirement.

Pam Withrow has been an innovator in the field of corrections and initiated several valuable programs at her facilities. For example, she implemented a cognitive restructuring effort aimed at changing the thinking that leads to criminal behavior. As Warden she also worked toward and obtained accreditation for the Reformatory by the American Correctional Association’s Commission on Accreditation, and followed this with successful reaccreditations. Pam has shared her knowledge through several publications and by participating in numerous state and national conferences, seminars, and curriculum development projects.

Withrow has served in a leadership role with many professional organizations such as the American Correctional Association, the National Institute of Corrections, and the North American Association of Wardens and Superintendents, and she has served on advisory boards for Lansing and Montcalm Community Colleges and Ferris State University. In addition, she has worked as a volunteer to increase the growth, development, and financial stability of several community organizations.

Her fine professional and community service has been recognized with many awards and honors. She was given the Michigan Corrections Association’s Personal Recognition Award in 1993, an honorary Doctor of Laws by Grand Valley State University in 2000, recognition on Michigan State University’s Criminal Justice Wall of Honor, an honorary Doctor of Public Service by Ferris State University in 2001, and, capping her career, she was chosen as North America’s Warden of the Year by the North American Association of Wardens and Superintendents in 2001. Her induction into the Michigan Women’s Hall of Fame serves as a reminder of her accomplishments as a woman and a professional, and of her service as a role model to other women.