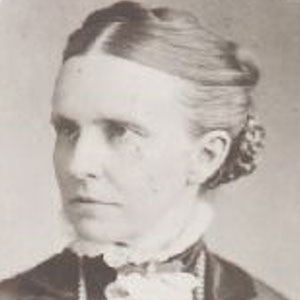 Before her death in 1926, Olympia Brown was one of Michigan’s earliest supporters of women’s right to vote. Born in 1835 in Kalamazoo County, Brown was the first woman minister in the U.S. to be ordained with full ecclesiastical authority. She attended Schoolcraft Academy in Michigan and graduated from Antioch College, Ohio, in 1860. In 1863, she became the first female graduate of Canton Theological School in New York and was ordained by the St. Lawrence Association of Universalists in Malone, New York.

As a pioneering woman minister, Brown encouraged many young women to enter the ministry, and she personally helped train several candidates. In 1878, Brown accepted a pastorate in Racine, Wisconsin, and moved her husband and two young children with her from Connecticut.

By 1886, as a result of her persistent work on behalf of women’s suffrage, a law was approved allowing women to vote in school elections. She then resigned her ministry to devote all of her time to women’s rights.

In 1892, Brown founded the Federal Woman’s Suffrage Association in Chicago, Illinois because she believed that federal enactment held the best chance for women’s suffrage. She served as the association’s president for 17 years. She continued to work for final passage of the suffrage amendment after 1916 as a member of the National Advisory Council of the Women’s Party.