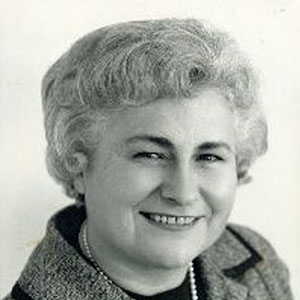 Olga Madar graduated from Detroit Northeastern High School in 1933. After graduation she was hired at the Chrysler-Kercheval plant on the basis of her ability as an outstanding softball player.

As she worked in factories to earn her way through Michigan Normal College (now Eastern Michigan University), she became aware of sex discrimination in employment. After receiving her certification and teaching physical education, civics, and geography in the downriver Detroit area, she was hired at the Willow Run bomber plant during World War II. She then became director of UAW Local 50’s Recreation Department and coordinator of women’s activities.

Walter Reuther appointed her Director of Recreation for the UAW after the war with her first assignment being the elimination of racial bias in organized bowling. As a result of her actions, the American Bowling Congress and the Women’s International Bowling Congress dropped their “white only” membership policies in 1952.

Madar became the first woman elected to the executive board of the UAW in 1966. One of her responsibilities was the Union Department of Conservation and Resource Development. Testifying at a variety of public hearings, Madar worked for the preservation of Michigan’s Porcupine Mountains, Sleeping Bear Dune Parks, and the clean-up of Lake Erie. In 1970 she became the UAW’s first female vice-president. In 1973 she gave leadership to the formation of the Coalition of Labor Union Women (CLUW) and was elected the first national president at its founding convention in 1974. Later that year she took early retirement from the UAW and chose not to run for re-election as vice-president. She was the original convener of the Michigan Pay Equity Network (1985).

A strong advocate of the right of senior citizens, Madar pioneered in the establishment of multi-purpose centers for senior citizens throughout the nation. She also assumed a leadership role in organizing area senior citizen coalitions in Michigan to coordinate legislative activities of member groups. As chair of her local union retirees’ chapter and member of the UAW Region 1-A and the international union’s advisory councils, she continued her activity in the legislative arena.