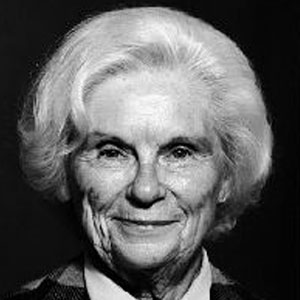 Mildred Jeffrey, first director of the Women’s Department of the United Automobile Workers International Union, embodies the spirit and the energy of the labor movement, coupled with a strong tradition of community service. She served the UAW through the years as director of the Radio Department (1950-1955), Community Relations (1955-1972), Consumer Affairs (1972-1977). She has also served as a member of the National Democratic Committee, as chairperson of the National Women’s Political Caucus, and by appointment of President Carter, as a member of the Commission on the International Women’s Year. She also helped found the Michigan Women’s Campaign Fund.

As a prominent spokesperson for women and workers, Mildred Jeffrey has been honored with numerous awards and distinctions, including the Outstanding Layman of the Year Award from the Detroit Council of Churches and the Human Rights Liberty Award in 1969. The National Organization for Women voted Mildred Jeffrey Feminist of the Year in 1978.

As a member and chairperson of the Board of Governors of Wayne State University, to which she was first elected in 1974, Mildred Jeffrey, feminist, labor leader, and community activist, brings her unique experience and humanist perspective to the service of higher education in Michigan.