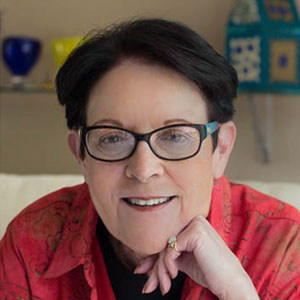 Maxine Berman served in the Michigan House of Representatives from 1983 until 1996, during which time she was a strong advocate for women’s rights, especially women’s health rights. During her tenure as a Michigan Representative, Berman sponsored a bill requiring informed consent for women diagnosed with breast cancer and mandating they be offered health insurance. In addition to making Michigan the first state to require the accreditation of mammography facilities, Berman successfully lobbied the federal government to create legislation for national standards.

Berman was a member of the Michigan House Bipartisan Team, and was instrumental in creating a new system to fund Michigan’s public schools, as well as maintaining curriculum goals and standards. She also served as chair of the Michigan Women’s Campaign Fund, a bipartisan organization which raises money to help women run for office. In 1994, Berman wrote a book on her experience in the legislature called The Only Boobs in the House are Men.

After leaving the House, Berman began her own business, Capitol Strategies, Inc., emphasizing advocacy training and political consulting. She also founded and worked as executive director of the Women’s Health Network of Michigan. Berman served as Director of Special Projects for former Governor and Hall of Fame Inductee Jennifer Granholm. In 2009, she was named the Griffin Endowed Chair in American Government at Central Michigan University, the first woman selected to this position.