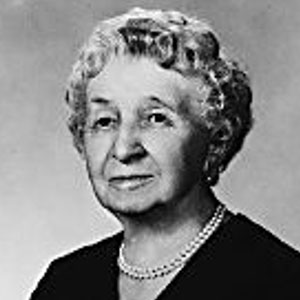 Matilda Dodge Wilson had a basic philosophy of life: “To attempt great things is to expect great things. Nothing attempted-nothing gained.” Wilson attempted, and achieved, a lot in life, for herself and for others, especially women. Although born in Ontario, Canada, Wilson’s life exemplified the American Dream.

In 1884 Matilda’s parents, German immigrants George and Margaret Rausch, moved her from their Walkerton, Ontario, sheep farm to the city of Detroit. It was there she met, and eventually married, up and coming automobile genius John Dodge. When Dodge died in 1920, she found herself with six children to raise and a multimillion-dollar estate to manage. Seizing that challenge, she became an active participant in and supporter of women’s rights and other social causes. Generous with her time and money, Matilda epitomized hard work and leadership through individual action. From 1922 until 1929 she served as president of the Salvation Army Auxiliary. She was one of ten women members of the 66-member Michigan delegation chosen for the 1928 Republican National Convention. She also served as treasurer for the National Council of Women. In 1930 she became a director for the Fidelity Bank and Trust of Detroit, and in June 1931 she was named the first female chairperson of its board. Wilson was a board member of the Women’s City Club from 1944 to 1947.

In the 1940s Wilson became the first female lieutenant governor in Michigan’s history when former Governor Luren Dickinson appointed her for a six-week term (November 19-December 31, 1940). Although some male politicians challenged her appointment, Wilson pledged to do whatever duties the position required. Elected to Michigan State University’s governing board in 1931, she was granted an honorary degree in 1955. In 1960 she was named Trustee Emeritus by MSU and was appointed by the governor to serve on the Michigan Cultural Commission.

In 1924 Wilson met her second husband, a Wisconsin lumber broker named Alfred Gaston Wilson. It was about this time she implemented the building of Meadow Brook Hall in Rochester Hills. Meadow Brook returned Wilson and her children to the type of rural setting she had grown up in. It became, perhaps, her most enduring contribution to Michigan’s social, cultural, and educational well-being, when it, and her estate, were donated for the foundation of a cultural center and university (Oakland University). With the establishment of Oakland University, Wilson contributed an institution which continues her spirit of civic responsibility.