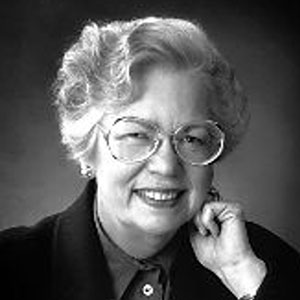 Maryann Mahaffey has been a social warrior for the improvement of women’s status for the majority of her life. A former social work professor, she served as President of the Detroit City Council (1990-98).

Mahaffey became aware of the power behind discrimination in 1945, shortly before her graduation from Iowa’s Cornell University. Volunteering to serve as a recreation director at a Japanese Relocation Center in Arizona, she soon discovered its real purpose was as a concentration camp where American citizens were incarcerated not for committing crimes, but for their ancestry. The experience left a lasting impression and led to her desire to serve the needs of others. That service has taken many forms.

As a social worker, Mahaffey has been an advocate for issues such as improving conditions for racial and ethnic minorities, hunger, at risk children’s welfare, urban issues, social work, peace issues, employment, and disabilities. She has also worked on international human rights, senior issues, physical and mental health, the environment, and social services for the poor. When the first African-American families moved into northwest Detroit, Mahaffey walked black children to school each morning until the atmosphere of racial tension eased. As chair of the Coalition for Better Health Care, she worked to restore health care services for poor people. As chair and one of the founders of the Michigan Statewide Nutrition Commission, she helped achieve a Michigan law mandating School Breakfast programs. Working mothers have benefited from Mahaffey’s efforts with the Michigan Legislature to enact laws establishing child care facilities in neighborhoods, thus giving them expanded options in child care services and employment opportunities.

Mahaffey has been a role model for women of all ages, in and outside of Detroit. In the field of politics she filed the precedent-setting lawsuit which established a woman’s right to run for office using her birth name. While in public office, Mahaffey led the fight to open the doors of the Detroit Athletic Club to women and she enacted an ordinance explaining and prohibiting sexual harassment of city employees. She is co-chair of the Detroit Women in AIDS Project; and she was instrumental in the founding of the Detroit Sexual Assault Center. In 1994-95 she chaired the Michigan delegation to the Non-governmental Organizations section of the United Nations’ Fourth World Conference for Women held in Beijing. She has also been involved with countless organizations and projects devoted to bettering the lives of children and their families, both in the United States and around the world.

Maryann Mahaffey has shown that a woman in power can empower other women and improve everyone’s quality of life in the process.