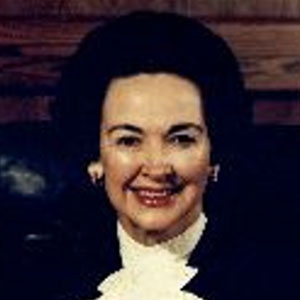 Mary Stallings Coleman was Judge of Probate in Calhoun County when, in November of 1972, she became the first woman in history to win election to the Michigan Supreme Court. Subsequently, in 1979, she was unanimously elected by her peers on the court to serve as Chief Justice. She thus became the first woman in history to preside over the state’s highest court, and just the fourth woman in the history of the nation to serve as chief justice of a high state court. It is evident, however, that Mary Coleman prepared herself well and that she was eminently qualified for this unique role.

She was a graduate of the University of Maryland and received her law degree from George Washington University. She practiced law in Washington, D.C., and Michigan. From 1961 until January 1973, she served as Probate and Juvenile Court Judge of Calhoun County and was president of the Michigan Probate and Juvenile Court Judges Association. She chaired the State Bar Committee on Juvenile Problems, was advisor to the Michigan Office of Youth Services, a member of the Committee to Revise the Probate Code, and a member of the State Bar Committee to Revise the Criminal Code. She also served as chairperson of the Juvenile Court Law and Procedures Committee of the National Association of Women Lawyers.

In addition to professional service, Mary Coleman was a presidential appointee to the National Commission on the Observance of Women’s Year, chaired the organization committee to found the United Arts Council of Greater Battle Creek, and, with her husband, founded the Marshall Civic Theatre. She served as a trustee of Albion College and as advisor for children’s programs to the Edna McConnell Clark Foundation.

After her retirement from the court in 1982, Mary Coleman was an active member of the boards of the K-Mart Corporation, the National Bank of Detroit, and NBD Bancorp, and of William R. Biggs/Gilmore Associates, Incorporated.