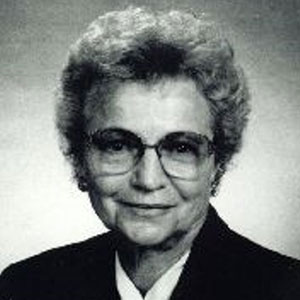 Mary Sinclair’s work has established her as one of the nation’s foremost lay authorities on nuclear energy and its impact on the natural and human environment. She is an advocate for improving options for hazardous waste disposal, and has been an international representative to conferences and organizations devoted to environmentally sound development and uses of energy.

In the 1940s Sinclair was an editor of the magazine Chemical Industries; later in the 1950s, she was a science writer at the Library of Congress and a technical writer for the Dow Chemical Company and Dow Corning Corporation. In 1970 she published Nuclear Power and Public Concern in which scientists, scholars, and government experts responded to questions about risks in nuclear power production and development.

From 1973 to 1978, Sinclair was a lecturer in Energy and Environment at the University of Michigan, Ann Arbor. In 1974, on the Public Broadcasting System, she debated Russell Youngdahl, a vice president of Consumers Power Company, on the subject of nuclear power safety. These debates were carried nationwide and were published in Teacher’s Voice, a publication of the Michigan Education Association.

In 1984, Sinclair was named one of the “Ten Michiganians of the Year” by the Detroit News and one of Ms. Magazine’s “Twelve Women of the Year.” The CBS 60 Minutes documentary featured Sinclair’s work in its broadcast of January 27, 1985. She has been recognized for her achievements in this area by the College of St. Catherine of St. Paul, Minnesota; the American Ethical Union; the Great Lakes Women’s Network Symposium on Women, Peace and the Environment; Women Lawyers of Michigan; and the New England Coalition on Nuclear Pollution.

In September of 1988, she enrolled in a Ph.D. program at the University of Michigan’s School of Natural Resources to work toward a degree in Resource Policy and Environmental Education. She has developed and frequently presented a 25-minute slide show on radiation and the nuclear fuel cycle, and continues to publish articles in medical and technical journals.

In July 1990, Mary Sinclair, one of the founders of Don’t Waste Michigan in 1988, assisted in the founding of Don’t Waste U.S. in Evanston, Illinois. This is a national coalition of citizens seeking a rational and environmentally sound nuclear waste disposal policy.