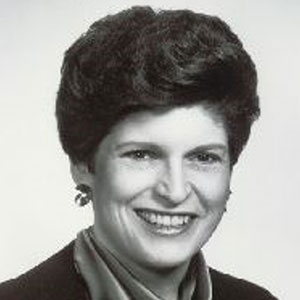 Mary Lou Butcher nationally and locally helped stem sexual discrimination in the newsroom and in news stories. Born in 1943 in Detroit, and now living in Bloomfield Hills, Butcher has spent her life as a communicator, business executive, and advocate for women.

She began her career as a journalist for the Detroit News in 1965. By 1976, after 11 years of seeing few gains for women in the newsroom, Butcher charged the paper with discrimination on the basis of sex, beginning what became a class-action lawsuit on behalf of women reporters and other women on the editorial staff. In initiating the lawsuit, Butcher sought to eliminate sexual stereotyping in the handling of news assignments.

In 1984, after an eight-year legal battle, the Detroit News paid $330,000 to 90 female employees in settlement of the lawsuit. Butcher used nearly half of her share of the settlement to endow a Diversity in Journalism annual award at the University of Michigan, where she was a lecturer.

Butcher has been selected as one of 60 women journalists to be included in the Oral History Project of the Washington Press Club Foundation. She is now in her second successful career as a public relations communicator. Butcher first served as regional manager and then vice president of the national public relations firm, Carl Byoir and Associates. She then served as executive vice president and chief operating officer of Michigan’s Casey Communications Management, playing a key role in building the company into the fastest-growing public relations firm in the nation by 1986. She went on to become president of Casey Butcher Ventures, a management counseling and communications firm, and co-founded a non-profit organization, Women Involved in Giving Support (WINGS), to combat sex discrimination and sexual harassment in the workplace.