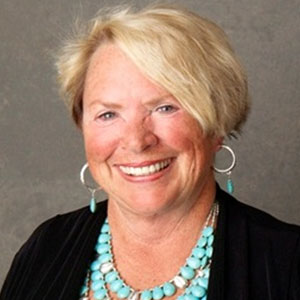 Mary Ellen Sheets turned a family pickup truck into the worldwide “Two Men and a Truck” empire with franchises in 37 states, Canada, England and Ireland. In 2014, the company logged its five-millionth move.

Launched to help her sons raise spending money, Sheets later opted to invest $350 in a moving truck, focus on entrepreneurship, and leave her state government computer programmer and systems analyst job. Now, her $219 million-a-year business prowess is saluted in at least seven books, including Millionaire Women and Masters of Success, and many publications. Speaking engagements, among many in the states, include Shanghai University. Her franchise convention appearances extend her influence to Canada, Mexico and Australia.

In 2005, Sheets became the first woman in its 40-year history to be named Entrepreneur of the Year by the International Franchise Association for her “vision and savvy.” Locally and nationally, she earned high rankings in Michigan Business Woman of the Year and Working Woman’s Best Employer competitions.

Willing to share her knowledge and experience, Sheets is a popular public speaker urging others to follow their dreams and become entrepreneurs themselves. In addition to the United States, she has delivered her message in Canada, Latvia, Mexico, Australia, Ireland, Singapore and China.

Sheets gives back to the community through board service and support, such as designating a portion of every moving job for the American Cancer Society. She divided her first year’s $1,000 profits into $100 contributions to ten different charities.