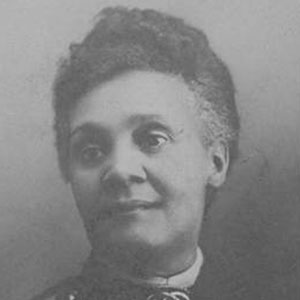 Born in an Underground Railroad station in 1846, Mary McCoy rose from slavery to become a philanthropist, organizer, and leader for the advancement of women. McCoy, referred to as the “Mother of Clubs,” was a leading clubwoman who helped organize the Michigan State Association of Colored Women with Lucinda Thurman. This organization worked to improve the health, education, and economic development of African Americans. McCoy also served as Vice President of the Lydian Association of Detroit, a mutual beneficial association that paid sick benefits, provided burial funds, and supported charitable endeavors in the community. She was the founding President of the Sojourner Truth Memorial Association of Michigan created to honor Truth and to establish scholarships for children of former slaves so that they could attend the University of Michigan.

Mary McCoy worked tirelessly to serve Michigan’s women and children during the Jim Crow Era. In 1897, McCoy organized Detroit’s Phyllis Wheatley Home for Aged Colored Women and served as the Home’s Vice President. Under her leadership the Home purchased an 11-room house in 1901 and by 1915, more than 40 women had resided there. McCoy was also a leading financial supporter of the McCoy Home for Colored Children, an orphanage that also provided much needed daycare for the children of domestic servants and washerwomen.

Although her husband, the renowned inventor Elijah McCoy, received much recognition, it was Mary who worked behind the scenes, using her influence to improve the lives of others.