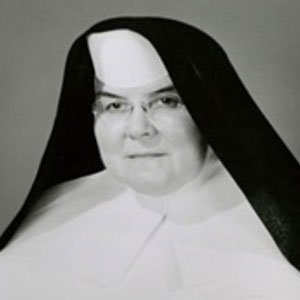 Sister Manning interacted with hospital developers, demonstrating the expertise of a mechanical engineer, architect and construction manager. While improving St. Joseph Mercy Hospital, Ann Arbor, she also supervised hospital construction in Detroit, Pontiac and a second Ann Arbor site. On the business side, she handled finances and negotiated the terms of reimbursement for all 15 Michigan hospitals in the Mercy system.

Sr. Manning’s influence extended beyond the field of health care to education. She founded the Mercy Central School of Nursing in 1937 and built and opened Mercy College, a liberal arts college, in 1941.

Among Sr. Manning’s awards are the National Catholic Hospital Association Distinguished Service Cross, Michigan Hospital Association Key for Meritorious Service and one of Detroit’s Distinguished Women in 1955. The Sojourner Foundation of Detroit chose to portray her for one if its Women’s History Month “conversations” with historical women of note.

Awards and honors fail to convey Sr. Manning’s dynamic energy in directing and building hospitals and her “large-hearted” charity. Mother Carmelita, as she was known, showed compassion for the poor and underserved by providing medical care and social assistance services. She showed charity, kindness and understanding “for the sick, the gentle and the broken.” Mother Carmelita’s memory is strong and bright within the Community of Mercy; all those she met loved and respected her.