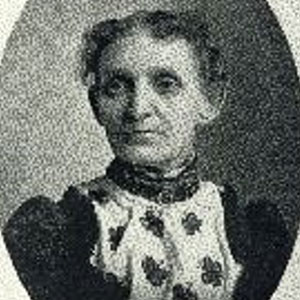 Mary Anne Mayo was a pioneer woman born in a log cabin in Calhoun County, Michigan. She believed passionately in the need for education for farm women. Becoming active in the Patrons of Husbandry, more commonly known as the Grange, she used this organization as a forum from which she voiced her concerns about education for women in a time when women did not speak in public. She traveled widely, conveying the importance of education for women, and especially rural women. She worked to improve the facilities for women’s education at institutions of higher learning. So important was her work in this regard that the Grange urged that the first women’s building (Morrill Hall) at Michigan Agriculture College should be named Mary Mayo Hall. However, it was not until 1931 that Mary Mayo Hall Dormitory on the Michigan State University campus was named for her.

Her concern for the well-being of women and children led to the idea of the “Fresh Air Outing Program,” designed to give poor children from the city, working women, and mothers with babies, a two-week outing in the country in the summer. More than 1000 people participated in the program from 1895 to 1900.

Governor Cyrus Luce appointed Mayo to the Board of Control of the State Industrial Home for Girls, and in 1895 she was selected to head the newly created Women’s Division of the Farmer’s Institute, a two-day educational program that was the beginning of the state supported extension program.

In the forward to Jennie Buell’s book, One Woman’s Work for Farm Women, Kenyon Butterfield, then president of Massachusetts’ Agricultural College said, “Mrs. Mayo … had the power to reach the hearts of those who dwell in the farm home. She knew their trials, their discouragements, their hopes and ambitions, their struggles to educate their children, and their attempts to beautify and adorn. She renewed within them their ideals, and she told them how to realize their dreams… Mrs. Mayo’s work needs doing in every state.”