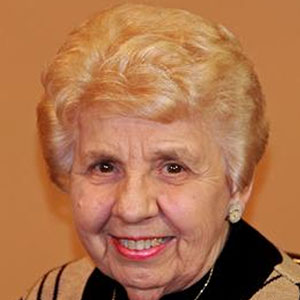 As the Executive Director of the Greater Lansing YWCA for over 20 years and a leader in the Women’s Rights Movement, Mary Aikey created opportunities for the empowerment of girls and women in Michigan.

At the YWCA from 1971 to 1992, Aikey created human service-oriented programs to assist women at all economic levels. These programs included Women in Industrial Construction Trades, which provided training for women to secure employment in nontraditional areas, and the Displaced Homemaker Program, which assisted middle-aged women seeking employment due to divorce, separation, or death of a spouse or loss of public assistance. Aikey and the YWCA board created the Diana Award in 1975 to recognize the contributions of women in the Lansing area. During the 1980s, Aikey lead racial awareness training for the YWCA’s staff and volunteers which resulted in the YWCA becoming one of the most diverse organizations in the Mid-Michigan area.

As a leader in the Women’s Rights Movement, Aikey advocated for the Equal Rights Amendment, pay equity, job training, quality childcare, adolescent pregnancy prevention, housing for homeless women and families, counseling for victims of domestic violence, shelter for battered women and juvenile delinquency prevention. In 1975, she chaired the Michigan Coordinating Committee for the National Women’s Conference held in 1977. Her work culminated in a state-wide conference attended by over 2,100 women, at which 48 women were elected official Michigan delegates to the National Women’s Conference.

After retiring in 1993 from the YWCA, Aikey worked with the Michigan AARP as a volunteer and testified before the Michigan Legislature on issues relating to the senior population in Michigan.