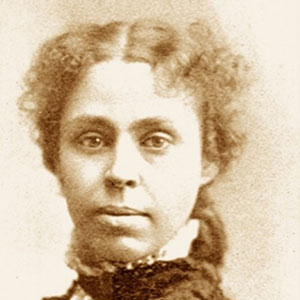 Born in 1853 in DeWitt, Martha Strickland would become the first woman to argue a case before the Michigan Supreme Court. By her early 20s, Martha was an orator on women’s suffrage, temperance, and finance.

Martha graduated from the University of Michigan Law School in 1882, joining the bar in 1883. For three years, she served as assistant prosecuting attorney in Clinton County. In 1887, with the opening of her own law office, Martha became the first woman to practice law in Detroit. On Oct. 9, 1888, Martha drew fame as the first woman to argue before the Michigan Supreme Court, winning a divorce for an abused wife (Thompson v. Thompson). In 1890, Martha returned to the Michigan Supreme Court to successfully argue for the right of a Genesee County woman to hold the office of deputy county clerk (Wilson v. Newton). This victory ensured the right of women to take jobs in local government.

In 1889, Martha proposed a bill before the Michigan House of Representatives to allow Detroit women to vote in school elections. This bill was ratified. Finding her calling as a teacher, Martha taught Parliamentary Law, a class to prepare women for public life. She founded a school for women in Detroit and traveled across the country to instruct women in conducting meetings, expediting business and speaking extemporaneously.

On a personal level, Martha drew criticism for her conviction that marriage was based on the principle of master and slave and for her contractual union with Leo Miller in 1875. The couple had one son, Elwin Miller-Strickland, but they faced social condemnation and criminal prosecution. In 1897, Martha married Sheldon Clark, saying she married for freedom from public intrusion on their relationship.

Martha lived a life of example, seizing political, and professional opportunities and securing them for other women. She died in 1935.