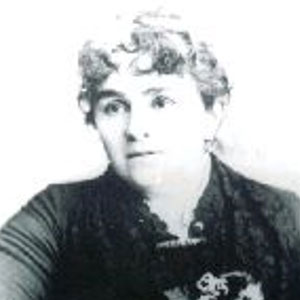 Although Martha Louise Rayne never associated herself with the women’s rights movement, she was a pioneering woman journalist in her own right, created a journalism school for women, and encouraged fellow female journalists. Born in Halifax, Nova Scotia, Canada, Mrs. Rayne spent her adult life in Chicago and Detroit working as a journalist.

While in Chicago Martha Rayne was employed at several Chicago papers including the Chicago Tribune. She was very interested in the role of women in the working world, and in 1865 she wrote What Can A Woman Do: Or Her Position in the Business and Literary Worlds, which sold over 100,000 copies. In 1867 she published the first of five novels and in 1870 became the owner and editor of the Chicago Magazine of Fashion, Music and Home Reading. Rayne proved that women could often get the stories that men could not, including an interview with Mary Todd Lincoln who was then in a mental institution in Batavia, Illinois. Rayne’s interview and resulting story were a major factor in Mrs. Lincoln’s release. During this same period in Chicago, Mrs. Rayne often lectured on several topics including women in journalism.

The Raynes moved to Detroit in the late 1870s where Martha worked as a reporter for the Detroit Free Press. Wishing to help women enter the male dominated field of journalism, Martha Rayne opened Mrs. Rayne’s School of Journalism in 1886. Her intent was to provide practical journalism training for women. Courses covered such topics as proofreading, punctuation, editing, reporting, the ethics of journalism, and how to handle the rejection of a manuscript. The school, although not academically recognized, was the first such school of journalism in the country. In fact, the biography of Martha Rayne in the 1910 edition of Who’s Who credited her with creating the first journalism school in the world. She was dedicated to helping women find jobs in the field of journalism. Mrs. Rayne was the Michigan representative to the Women’s National Press Club in Washington, D.C., and was a charter member of the Michigan Women’s Press Association in 1890 and the Michigan Women’s Press Club in 1892.

Martha Rayne was ahead of her time. Not only was she a successful working woman, but she was a working mother, too. Her outline of instruction used at her school of journalism very closely resembled that used by journalism schools at Missouri, Wisconsin, and Columbia after the turn of the century. She used her many talents to create her own successful career and to prepare many other women for their professions.