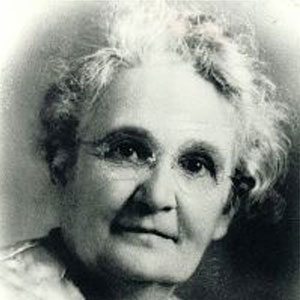 Martha Longstreet, renowned Saginaw physician and civic leader, was born April 27, 1870, in Erie, Pennsylvania, and moved to Unionville, Michigan, while still a young girl. She began her career as a nurse in Saginaw, but soon decided to enter the University of Illinois Medical School, graduating with honors in 1904. She was one of just 19 women out of a class of more than 200. She thereafter began nearly a half-century of service to the Saginaw community, ten years as a general practitioner and thirty-five as a pediatrician.

Thousands of area residents remember ‘Dr. Martha,’ as she was called, for her tireless energy and unequaled ability to put anxious parents and their children at ease. Her colleagues in the medical profession remember her for her fine professional ethics and expert diagnostic skills. She was the only staff doctor of Children’s Hospital, often spending entire days and nights there fighting epidemics almost single-handedly. She also never failed to make house calls when needed. She was a member of the consulting staff at St. Luke’s, St. Mary’s, and Saginaw General Hospitals as well, and frequently served on committees of the Michigan Medical Association and the American Medical Association. In 1938 she was named Michigan’s Most Outstanding Woman by a state-wide committee, and in 1949 she was designated a life member of the Michigan State Medical Society.

Although handicapped throughout her life by a spinal curvature, Dr. Longstreet was actively involved in the community as well as her profession. She helped coordinate Saginaw’s social groups into the Council for Social Agencies, and she helped found the Saginaw YWCA, a home for girls, a home for the aged, and the First Ward Community Center. Her leadership was also applied to the Zonta Club, DAR, AAUW, and the Jefferson Avenue Methodist Church.

For years Dr. Longstreet operated a unique bookkeeping system, refusing to send bills to patients she felt could not pay. Often, after completing a case in a home whose occupants were wanting, packages of food and clothing arrived at the home in question. When she retired due to failing eyesight, at age 78, ‘Dr. Martha’ was presented with a bound volume of thousands of testimonials of tribute from professional and lay people from across the state, and it was noted that this would likely be the only gift she would not give away to the first needy family she met. Dr. Martha Longstreet earned the love and respect of the community through her professional ability and intense personal concern for the families to whom she ministered. Her long years of service also did much to enhance the standing of women doctors both in Saginaw and elsewhere.