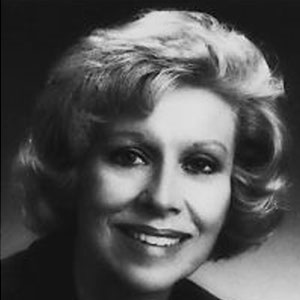 Marion Corwell-Shertzer used her career to help shatter social barriers to women’s achievements in Michigan. A broadcast pioneer and the first manager of educational television at Greenfield Village, she is believed to be the first person in the country to write, produce, and star in her own syndicated television series (1954-1962).

In the world of business Corwell-Shertzer led the way for women as the first woman manager on Ford Motor Company’s public affairs staff in 1966. In 1974 she became the highest-ranking woman at Ford. As she rose through the executive ranks at Ford, she was the first management-level woman in every department in which she worked. As Ford’s Personnel Planning Manager, she took risks to challenge and change the language of industry by eradicating commonly used sexist titles; for example, substituting production supervisor for foreman. Her non-gender-specific titles are now accepted terms. Through her efforts Ford’s utilization of women was increased 400 percent and the company’s first woman vice president was identified. Her blueprint for action for providing opportunity for women became an industry-wide model.

Marion Corwell-Shertzer also led the way for women as president of the 3,000-member American Women in Radio and Television, Inc. (1969-70). In that capacity she oversaw the organization’s first and only international convention in London, England, which involved broadcasters and senior industry executives throughout the world.

As a member of the Michigan Women’s Commission for eight years she helped formulate policy to improve the role of women throughout the state. Creating and chairing the Commission’s “Speak Out” forums she met with hundreds of women discussing their concerns and helping alleviate problems such as abuse, employment, and child care. While serving on the Employment Committee, she worked to eliminate employment discrimination throughout Michigan.

Corwell-Shertzer also impacted the field of education as an equal-pay for equal-work advocate for women faculty members during her service as the only woman member of the Andrews University Board of Trustees (1968-76). Through her efforts, important changes were made in the University’s remuneration policies for women. She also founded and was the first president of the Metropolitan Detroit Chapter, National School Public Relations Association (1964-66).

Marion Corwell-Shertzer has shown the way for women both as a businesswoman and a broadcaster and has earned her place in history.