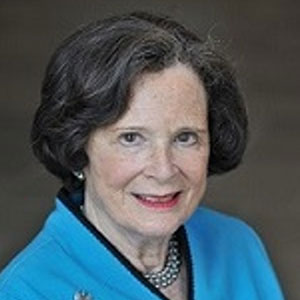 Marina von Neumann Whitman was a leader during a generational transition, from when women were not permitted to attend Harvard Business School to a world in which women are CEOs of corporations. She received her B.A. in government from Radcliffe College (now Harvard University) and her Ph.D. in economics from Columbia University in 1962. She became a noted academic at the University of Pittsburgh in the field of international monetary policy and trade.

In 1972, while on leave from the university, she became the first woman and, at 36, the youngest person appointed to the President’s Council of Economic Advisers. In this position she helped to reshape the international monetary and financial system.

In the 1970s, Whitman pioneered the role of women on multinational corporation boards serving on the boards of several companies, including Manufacturers Hanover Bank (now JPMorgan Chase) and Procter & Gamble. She later joined the boards of Alcoa and Unocal, as well. Whitman was an Overseer of Harvard University and a Trustee of Princeton University, possibly the only person to serve as both.

In 1979, Whitman was appointed vice president and chief economist of General Motors. In 1985 she was promoted to Group Vice President of Public Affairs with responsibility for environmental activities, industry-government relations, the economics staff, and public relations, becoming the highest-ranking female executive in the American auto industry.

Whitman moved to Ann Arbor in 1985 and, since her retirement from GM in 1992, has been a professor of business administration and public policy in the Gerald R. Ford School of Public Policy and the Stephen M. Ross School of Business at the University of Michigan. She serves on university advisory committees, counsels graduate students, and serves as a role model for young women.