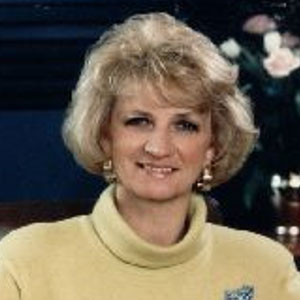 Marian Bayoff Ilitch, in partnership with her husband Michael, founded a booming business, sports, and entertainment conglomerate that has fueled the economic growth of the city of Detroit and the state of Michigan. Marian’s considerable business acumen helped expand one Little Caesars’ Pizza restaurant in Garden City into one of the top pizza chains in the world.

Success in the fast-food business allowed the Ilitchs to enter the Motor City sports and entertainment world. Marian has been the driving force and financial whiz behind these investments. As co-owner of the Detroit Red Wings, Marian has been gratified by the city pride generated by Stanley Cup wins. Passionate about preserving urban Motown, Marian saw development potential when others were fleeing the city. This prompted her to recommend the purchase of the abandoned Fox Theatre and the adjoining office building by the Ilitch family. She personally oversaw their successful restorations. Immediately following the renovations, the Little Caesars’ world headquarters moved downtown to further revitalize the urban center. In 1999 Marian and her partners built the Motor City Casino in Detroit, bringing more business to the metro area.

In 1993 Marian was the only female invited to the White House to discuss the needs of Detroit and the President’s empowerment zone concept. In 1994 Marian was named the number one female business owner in the nation in Working Woman magazine. In 1990 Marian and Mike received the National Preservation Award for the restoration of the Fox Theatre presented by the National Trust for Historic Preservation. In addition, she was honored by the Greater Detroit Chapter of the National Association of Women Business Owners as one of Michigan’s Top 25 women business owners in 1994. And if this were not enough, Marian achieved another impressive accomplishment; she raised seven children during her business career.

Marian and Mike’s business ventures have offered employment opportunities for tens of thousands of employees nationwide and have provided the foundation for successful franchises throughout the United States, as well as internationally. Their charitable activities are also expansive. The Little Caesars’ Love Kitchen has fed more than 1.5 million hungry people and disaster victims nationwide and in Canada.