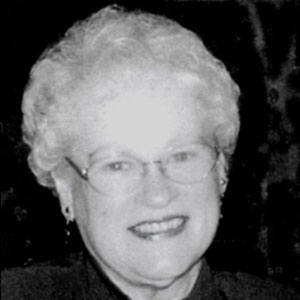 Margery ‘Midge’ Feliksa spurred the creation of Michigan’s first food bank, Gleaners Community Food Bank in Detroit, in 1977. Food banks provide community organizations and emergency food providers a way to obtain surplus food from a safe and efficient food distribution facility. No longer were agencies forced to turn away food donations because they now had a central warehouse to ‘bank’ the surplus.

In its first year, Gleanings distributed 300,000 pounds of food, or 300,000 meals. In 2005, more than 24 million pounds of food were distributed by 400 agency partners. Gleaners and its partners have served more than 263 million meals in the past 25 years, thanks to Midge’s vision and belief that surplus food from the food industry could be used to help those in need.

Midge helped organize the Second Harvest National Network of Food Banks in 1979. She served as the Central Regional Coordinator and aided in the establishment of food banks in 14 major cities in the central United States. Today, the national organization, America’s Second Harvest has 200 members. In 1981, Midge worked to form the Food Bank Council of Michigan. She was a founding board member of this statewide association of food banks.

In addition to her work with food banks, Midge was involved with scouting, parent/teacher groups and Housing Opportunities Made Equal of Mackinac County. Throughout her life, Midge dedicated herself to improving the lives of those in need. In 1997, Gov. John Engler recognized Midge with the Governor George Romney Lifetime Achievement Community Service Award, honoring her for 61 years of service to the community.