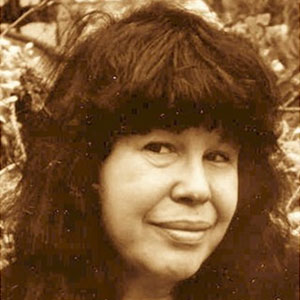 Born in 1936 Detroit to working-class Jewish and Welsh immigrant parents, Marge Piercy has become a major American feminist novelist and poet, publishing 17 novels, 17 volumes of poetry, a play written with husband Ira Wood, more than 25 pieces of short fiction, and hundreds of essays and reviews.

She was the first person in her family to attend college, graduating with distinction from the University of Michigan. Her novels and poetry have remained popular and are considered classics in university and K-12 classrooms where her work continues to be taught, especially in women’s studies, history, sociology, and English.

Piercy’s historical novel, Sex Wars (2005), represents a high-water mark of her feminist views and artistry, and makes vivid the women’s rights movement in the post-Civil War era. Her recreation of the past seems to evoke the unresolved issues of the present, especially those related to marriage, sexuality, reproductive rights, political representation and class, and ethnic oppression. Sex Wars also puts into historic perspective many of Piercy’s novels that are dramatic chronicles of mid- to late 20th-century gender politics.

Her first science fiction novel, Woman on the Edge of Time (1976) won the Arthur C. Clarke award for best science fiction novel published in the United Kingdom. Her poetry utilizes startling metaphors and reflects her political, personal, and ecological concerns, her love of cats, and her fascination with lunar myths and spiritual and mythological musings. She is one of Alfred A. Knopf’s best-selling poets and is the recipient of more than 10 poetry awards.

Piercy has been a political activist since her participation in Students for a Democratic Society in the 1960s. She continued her passion for social justice primarily into the second wave of feminism and to the present, adding anti-Iraq war analysis and protest. Piercy is exceptional in her ability to translate political life into fiction, poetry, essays, lectures, and teaching, thereby leaving behind and continuing to create a memorable, enduring legacy that underscores politics in brilliant, creative forms.