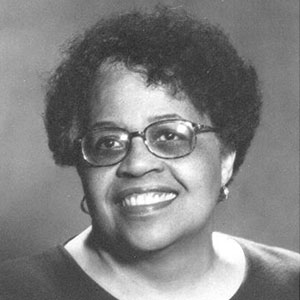 Throughout Margaret Sellers Walker’s career, she met challenges with courage and competence. In 1980 she became the first woman and the first African American to head a division of the Michigan Department of Natural Resources. As the head of personnel, she served employees working a wide range of complex jobs all over the state at a time when the department was preparing for considerable downsizing. It was a tough job, and Ms. Walker faced a number of critics who thought conservation was man’s work. Even so, Walker went on to modernize and update the department while directing personnel activities, overseeing training, affirmative action and labor relations. In the end, workers throughout the state saw Walker as a strong ally.

After six years, Ms. Walker became the chief examiner and director of human resources for the city of Grand Rapids. She was quickly promoted to Assistant City Manager for Administrative and Cultural Services. She oversaw a number of departments, made policy recommendations, and helped plan and evaluate city services.

In 1993, Walker joined the faculty of Grand Valley State University in the School of Public and Nonprofit Administration and was tenured as an Associate Professor. After retirement from faculty, she has continued with GVSU as Associate Director of the Dorothy A. Johnson Center for Philanthropy and Nonprofit Leadership. She is also a leader in professional associations, a frequent lecturer, and a tireless community volunteer. She was involved in the difficult merger of Grand Rapids, two major hospitals and helped pass millages to improve the public library system. She also initiated an annual community event to introduce young African Americans new to Grand Rapids to established residents.

Margaret Sellers Walker’s service to her community, and to Michigan, both through her career and her volunteerism, provide endless examples of her integrity, talent and commitment to giving back.