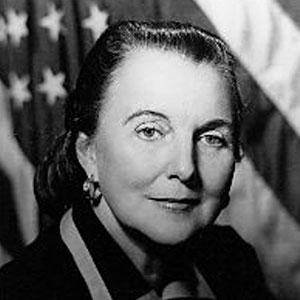 Margaret Muth Laurence, an expert in trademark and copyright law, achieved remarkable success at a time when the field held very few women.

Laurence was raised in Kalamazoo, Michigan, and went to work during the Depression to support her family. She took a secretarial job in a Kalamazoo patent law office. Although Laurence had no formal education beyond 12th grade, she became a self-taught expert in trademark and copyright law. She went from secretary in the patent law firm to their trademark and copyright agent. At that time the practice in patent and trademark law did not require a law degree. In the early 1950s, this was changed and in order to practice patent and trademark law, one had to become an attorney. Despite this potential problem, Laurence learned that in Mississippi, one could take the bar exam without having a college degree. She established a residency in Mississippi, studied for the exam, and passed it in the top 5 percent. After being admitted to the bar, she moved to Washington, D.C., and established her practice there, where her expertise became known on an international level. In 1979 she left private practice when she was appointed Assistant Commissioner for Trademarks by President Carter. When President Reagan took office, she was one of the few political appointees asked to remain in their jobs. She spent nine years as the Assistant Commissioner of Trademarks, receiving numerous awards for outstanding work in rebuilding the Trademark Department, including the United States Department of Commerce, and the Gold Medal Award for Distinguished Achievement in the Federal Service. Prior to serving as Assistant Commissioner of Trademarks, she served on the Atomic Safety and Licensing Board of the Nuclear Regulatory Commission.

In addition to her respected work in the field of law, Laurence devoted much time and effort to the women’s movement. She co-founded the National Women’s Political Caucus, a bipartisan group supporting women’s political issues. Laurence also founded Women United, a lobbying group that helped secure passage of the Equal Rights Amendment. She served as president of the Women’s Bar Association for the District of Columbia, and was regional director for the National Association of Women Lawyers. She was the first women member of the Canadian Patent Bar Association. She was also vice-chairperson of the executive committee for the Board of Trustees of Catholic University of America.